I'm aware of the Great Firewall of China (中国国家防火墙). It can complicate a lot of things.

Do you mean you have to scroll horizontally (left-right direction) on some pages? The website isn't designed for mobile view, but we have a mobile app (Google Play/App Store) - the links appear in a side menu only for desktop view for some reason. Other links are GitHub (source code and issues), Discord, Twitter and links to other music databases - UtaiteDB and VocaDB.

Don't worry, simply start with few changes, and I'm happy to correct edits and say how to fix them.

Thanks for the suggestion! I'll check the video in February.

Thanks for your answer.
For the bug of websites.I don't use Chinese transaction.Only some plates(or entry) that are too long horizontally will exceed the boundary.(I use a mobile phone to look through.You know there is a foreign Internet blockade in China. My computer doesn't have any software that can break the limit)

I rarely use YouTube.This is the first time I've heard of VGm.Because of some problems, my bank card cannot be bound to PayPal. This has led to some problems in foreign purchasing (steam supports WeChat payment).

For THDB, I will try to add or modify entries in English, but I have to learn more. In addition, it is also a great pity that I don't have much time for my studies.

By the way, for Chinese touhou culture circle. Since 2018 we have had an annual online celebration (a long video called 《東方華燈宴》 in Bilibili) for the Spring Festival (2021.2.13 next year). I don't know if you've heard of it.This includes a lot of high quality and interesting videos.Sincerely welcome to come and watch. Here is the forward version of THE PV.
https://b23.tv/tDBByp
I'm sorry I can't use front-end language. The official version will be released on February 13.

Finally, thank you for your answer. It's time for me to go to bed. It's 3:10 in the morning here.
写在最后：祝所有的编辑者和所有的网站成员好运.

Ad 2,3) I'm aware of missing information about popular circles and albums. The website was created in 2018 and we're slowly catching up other English Touhou wikis (our 2,800+ albums against 6,000+ albums on English Touhou Wiki and 7,000+ on VGMdb) but it's nothing when compared with Chinese Wiki (more than 16,000).

You can edit entries with false information or report them, so they would be fixed by trusted users or moderators.

(I'm using Google Translate so I apologise in advance if I got any mistakes. I'm sure your English is good ^^ Don't worry about writing in English )

To answer your questions:
Ad 1) TouhouDB s a Touhou Project music database. It's intended to be a collection of songs you like and albums you have, with a lot of features to explore (videos, artists, genre tags, impressive search engine etc.) and it's different from text-based wikis with long descriptions. Any registered user can add more songs and albums with little assistance. You can read more about the engine here https://wiki.vocadb.net/wiki/13/vocadb-description-what-is-it-for . Take note it's focused on VocaDB - a sister website, but it uses the same engine as TouhouDB.

I don't follow much of western side of Touhou fandom. There are general anime conventions for sure, but I haven't heard of Touhou-only events like in Japan and China. Most music is uploaded on YouTube, and albums are usually sold via Bandcamp.
I think the best place to check western artists at once is to look on Redditaisai - it's an online convention held on Reddit, a mostly-English discussion website.

Ad 4) You can check a list of users here. Currently 200+ users are registered. You may be interested in statistics page.

What's wrong with a YouTube reprint? It seems fine - it wasn't taken down and it's unrestricted by location.

@Kra THBWiki references to an album booklet (BK), but I can't find Kuroa* in scans uploaded on VGMdb in song credits page. She's listed only on overall credits page and an album website.

What am I even looking at?

Best electronic touhou you can find.

Thanks for the helpful reply, definitely wasn't aware of the existing issue! Can't tell when I'll be able to unfortunately(uni starting soon, irl issues), but I'd gladly dive into it once everything's sorted out on my end.

This is related to GitHub issue "Allow artists to be credited as their circle/group in the artist string". TL;DR: I was planning it would be possible to add both circle and individual artist to song, and then choose which one to credit. This way the circle could be added, but it would not be credited. For many cases this could be automated (for example though album links as you suggested). I think this feature would solve your problem as well. Unfortunately, I cannot guarantee that I have time to implement this feature. It would be several days of work at least. See the contribution guidelines page for more information.

Maybe it would be possible to fetch the albums' tracklists and display the result under "all songs"? Doesn't directly work for "recent songs" section though, as taking the latest album's tracklist won't work if it's a compilation album for instance.

It would be a very special query and therefore quite complicated. Also, the performance would be bad, without saving the circle/group directly to song, as in the above suggestion.

UtaiteDB has been abusing the support status in some situations to get the correct artist credit, adding both circle and person to songs. This is also a workaround, but it has more manual work and might cause other issues since the support status was not intended to be used that way.

I've discussed this a bit with Nefere a while ago, and finally take the time to write this thread.

The issue is the following : circle's "basic info" tab's "Recent songs" section and "All songs" tab are pretty much empty. This stems from circles not being added to the songs' "Artists" tab.

A quick example : check https://touhoudb.com/Ar/34, and compare the "Main albums" tab to the "All songs" one. I've chosen this circle since I'm fairly familiar with it after contributing to it, but this stands for any circle whose release pattern include albums.

As a result, we currently have no way of getting the list of songs made only by the circle we're looking into. Why only? Well there is an alternative, albeit an imperfect one, which is going to https://touhoudb.com/Search?searchType=Song -> more filters -> search for a circle and check "Include group members", and then you'll get all of the circle's songs since those're listed under the artists pages "All songs" as they're tagged on most of the circle's songs. Now if you click on "Only main songs", you'll be met with the issue this thread is created for : barely any songs, when the albums and songs exist in the database.

The most jarring issue with using this alternative is that you'll also get all songs where any of the circles members were involved in, regardless of their circle, when you may only be interested in only the one circle you're querrying. If you're lucky, the members haven't ever been part of another circle nor contributed to another circle's songs, otherwise the result won't be what you're looking for.
That is to say, this feature works properly, but it does something different than what I'm looking for(get the list of all songs released by one circle). For instance, in 暁Records' case, I guess ACTRock isn't part of the circle anymore since his Twitter links to イノライ website, and he hasn't been credited for a long time on any of 暁Records' song for a long time now. Using the "Include group members" will thus also show all of イノライ's releases there, when I may only be interested in the former's ones.

The "quick" fix would be to credit the circle on every single song, however I think we'll agree that we ideally wouldn't want to do that.

Maybe it would be possible to fetch the albums' tracklists and display the result under "all songs"? Doesn't directly work for "recent songs" section though, as taking the latest album's tracklist won't work if it's a compilation album for instance.

And I think that's about it.
I'm eager to read your thoughts/ideas on the matter, and hope you're having a nice day in the meantime.
Cheers!

Problem regarding circles "all songs" tab and "Recent songs" section

well that was unexpected 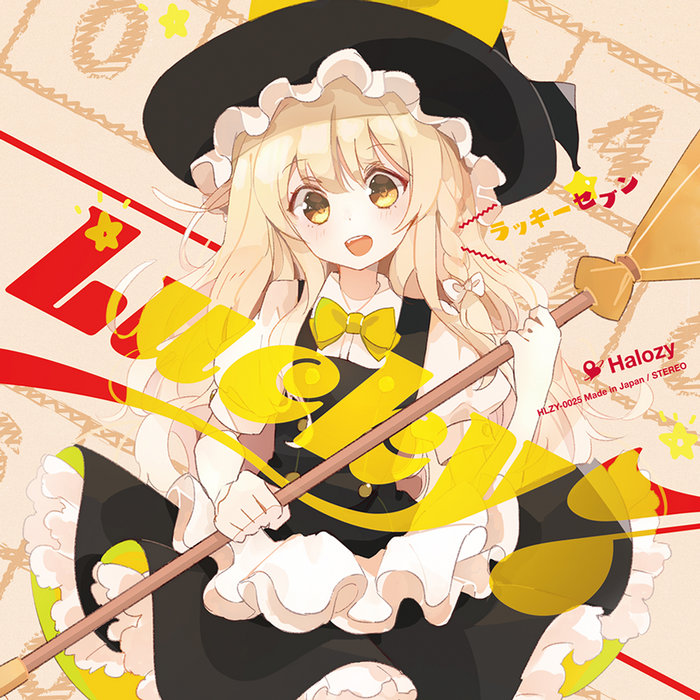 Drop could be a reference to David Guetta - Shoot Me Down

@Aemnesias I find Melonbooks compilation albums annoying because their website and XFD credits only circle making an arrangement and not artists. Such info is only in an album booklet and I couldn't find scans of it. I'm not sure if "sources" in the web are legit or guessed out.

Thanks for checking this song, I don't know what happened when I was editing the entry.

@Nefere , are you sure about Actrock doing this arrangement, and Dr.レイテンシーの眠れなくなる瞳 being the original version? (saw ACTROCK mentionned on the youtube video's description, the original in the description is also シュレディンガーの化猫, not the current one)

Fairly important, because it determines if two different versions of the songs exists, and if I need to create the new one as a result. The sources mentionned all say シュレディンガーの化猫 is the original so I'm fairly confident the current one is false, however Actrock or Stack bros isn't as clear-cut. I will leave the entry be for the time being.

@Aemnesias Sadly, Soundcloud sets are not supported yet. Here's a workitem on Github.

An official website mentions 3 new tracks appearing on the album (新曲３曲入り), and based on a tracklist there, they are no.4, no.5 and no.11 (the ones with 新曲 - a new track). The rest are indicated by event's name (like 東方名華祭 11 - Meikaisai 11) when they were originally released.

Soundcloud link must be clicked on(the "Ads / crossfades" label). Previsualization doesn't seem to work for some reason.
Also, the english wiki mentions that one new track was released with this album, but I'm unable to determine which it effectively is (track n°4 or N°11) hence their empty release date.

The concert isn't listed on a venue's page, so I guess it's cancelled.

Would a "DJ mix" of a song count as its arrangement in this site?

I wasn't aware that I like electropop/minimal so much

~ . . . H-hm-hm,.. @Kra, ~I~ understand ~You~, ~thank You very much~!.. Perhaps later ~I~ will "rewrite" everything special for ~"External Links"~, but for now ~I~ just left ~the Titles~ of ~all Original Themes~ in ~the "Track Description"~ for such ~"Situations"~ and so that their ~Titles~ would then be convenient to copy and paste just where ~You~ want/need, and when the function of more than ~1 Original Theme~ appears.

@Gorkhhrebetguyt
It's not possible (yet) to add two originals at the same time. If the song has more than one original you have to add the other originals as external links (search the original on TouhouDB and add the page link).

And also use the multiple originals tag to mark songs that have more than one original song.

@Kra, @Nefere, I suppose that @RedWhiteLampad could mean "High-Tech" Music, which would resemble "CyberPunk"~Theme/[Etc.], even if the Tempo/B. P. M. of the Music is NOT very high. At least I would have such "associations". but specifically as a Sound Designer, for example (~ . . . So I think that ~"Here"~ the interpretation can be quite different and very situational.). (´｡~ ω •｡`)〜☆

According to a report:

Another world has been found within

@Unknwn Thank you for noticing it. Looks like this entry was used by accident when adding A-ONE albums. I'll fix it by creating new entry for the vocalist.

EDIT: fixed. I made an entry for the vocalist, as I said.

There must be mistake here, since Russian rock musician can't be female vocalist on eurobeat album, but I suppose there is no page for this Akane girl at all here. There is no page at vgmdb either.